Jerusalem is down a third of country from the top.
As we look out to the pier from the ship we can see an armed Israeli soldier. This is a reminder that this is country more or less under siege.

As we head south we pass beaches and settlements to our left and right. Minarets are our first clue, mostly on our left, that those are Palestinian towns. The cities themselves are quite mishmashy….not laid out in any sort of order.

Along the way we see “big gun” monuments or left overs from previous battles.

Lots of big infrastructure being built on the outskirts of Jerusalem. We pass by a extremely large Mormon tabernacle (they are absolutely not allowed to preach or recruit), the Gethsemane Basilica at the foot of the Mount of Olives and the golden onion shaped domes (not sure or can’t remember the name of it) of some other religious house. In the distance we see the Dome of the Rock. Humongous!

We entered Jerusalem at the Dung Gate. It is the lowest. First we walked to the Wailing Wall. People are sticking notes in the cracks in the wall and praying.  The day before some of the gals had said that people were wailing (of course it was the Sabbath.  That may explain the difference).  As we walk along the Via Dolorosa (too fast to buy anything from the vendors. We were annoyed that we couldn’t support the local economy), we pass the 7(?) stations, one place where Jesus is said to have leaned against the wall (it is indented from so many people over the centuries leaning against it as well). From there to the Church of the Holy Sepulchre. It is built over top of the rock where Jesus’ cross was installed (it’s encased in glass), the slab on which his body was placed, etc. then it was time to go for a beautiful buffet lunch at the Olive Tree Hotel, the crappy souvenir shop and head in back to the ship. Too short of a time to take it all in. We barely scratched the surface. We had gone through the Christian, Jewish and Muslim sections but did not go in any of the other religious places of worship.

Ottoman Empire clear cut everything so trees to speak of except the eucalyptus.
1882-87… The Zionist started farming first with grapes then made wineries.

There used to be swamps along coast but now there are lots of citrus grown in  what were previously swamps.  They had been drained to the sea.

White chalk then limestone from inland is used for construction.

There are 1.6 million non Jewish in Israel.

65% of water comes from aquifer springs

Chicken farm beside road where we stopped for a bathroom break. Omg was it stinky! It uses solar power & recycled water. Most farming use recycled water. That’s conservation for you!

Walled cities on east of route 6 are Palestinian. The wall (the green line) was built in 1949 when the British gave up their control of the area to Israel. In 1967 Israel took the West Bank from Jordan in a battle that was started by Jordan. In the West Bank there are different areas of control. On the map of Israel the brown colour indicates that it is under full Palestinian ( Arab) control and that you need permission to enter. The wall and fence indicates is under full Palestinian control. The yellow areas on the map is under shared control and the white are Jewish settlements behind the green line.

Palestinians lost jobs in Israel when Palestinian authority took over. They were replaced by foreign workers. Their loss, their choice. The area that the “Palestinians” lived in was previous Jordanian territory but were generally nomads. The name Palestinian is a new invention. It is not a race of people or nationality. The “Palestinians” never had a country.  They are all just Arabs.  Anything to cause trouble (did I say that out loud).

Occupied territories of Jordan became occupied Palestinian territory in ’67. The border with Jordan is 700 km long. 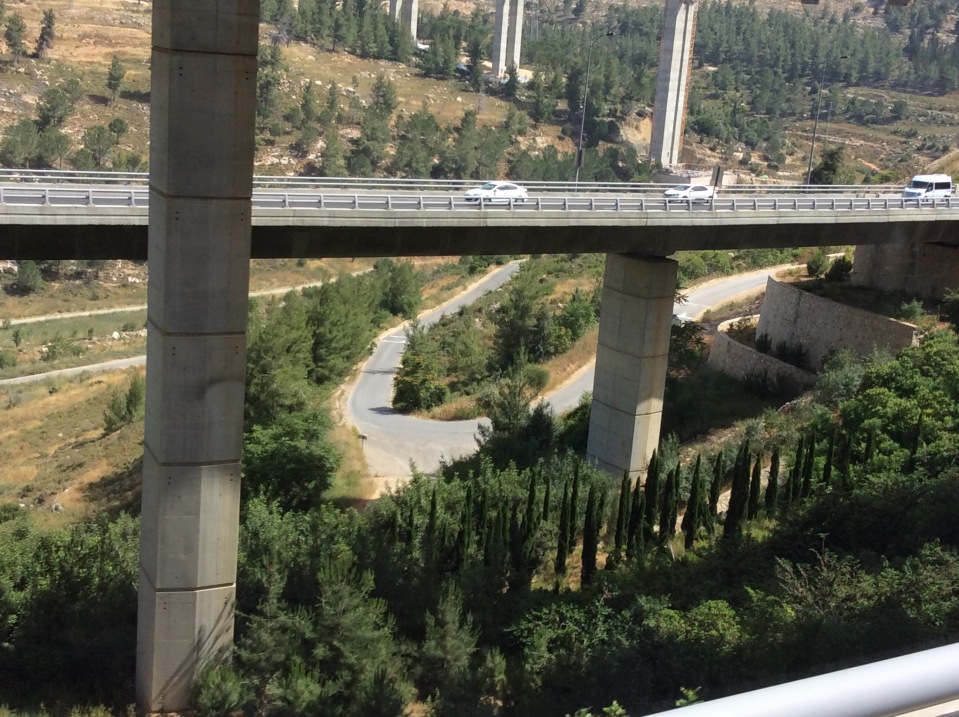 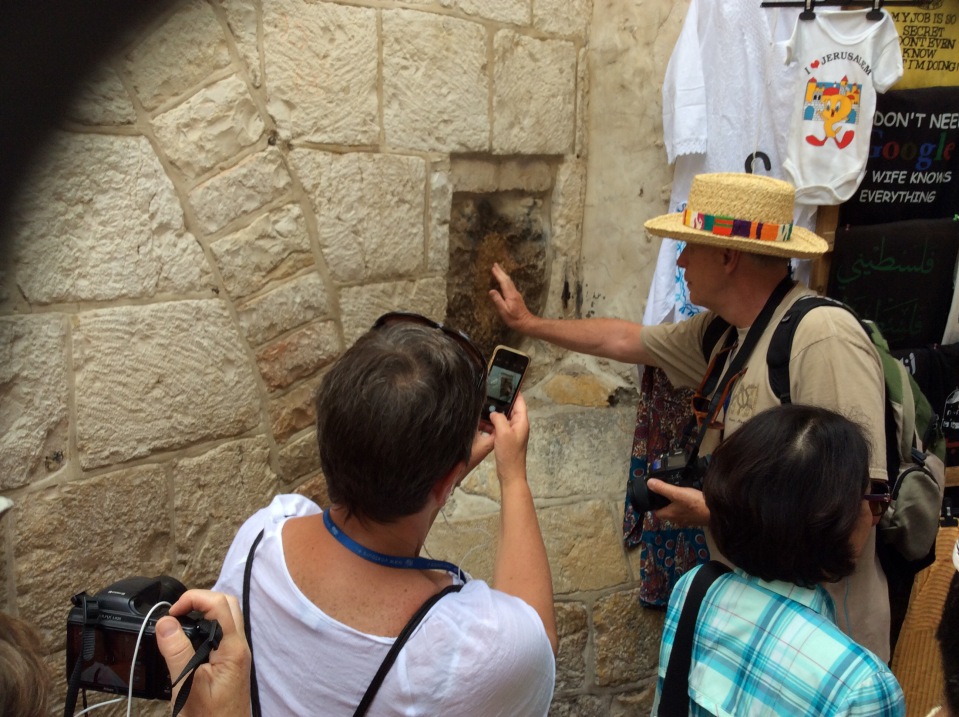 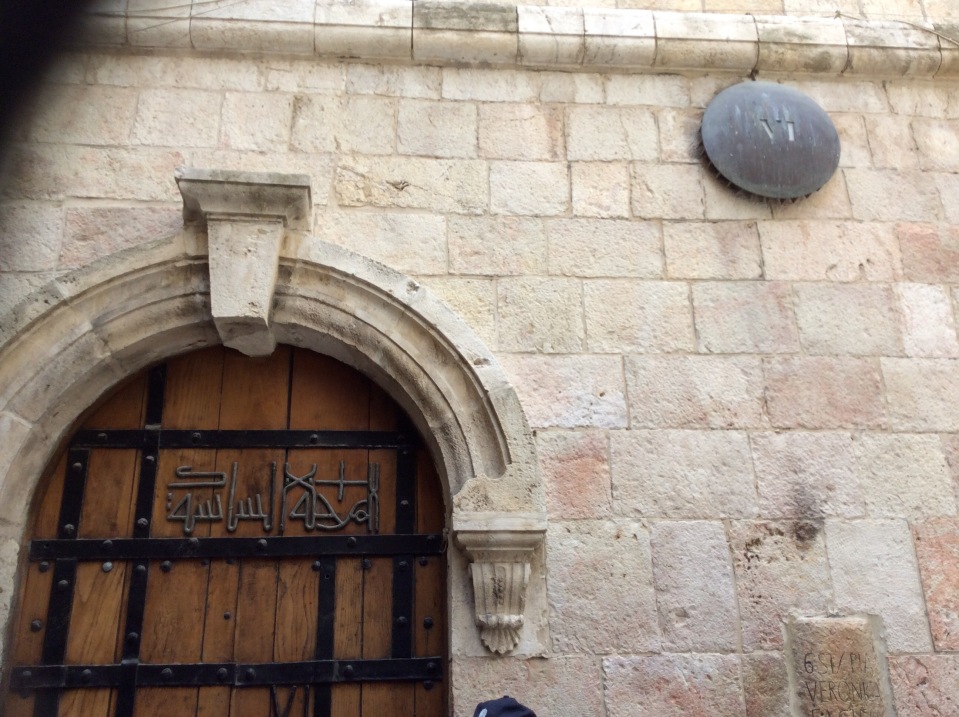 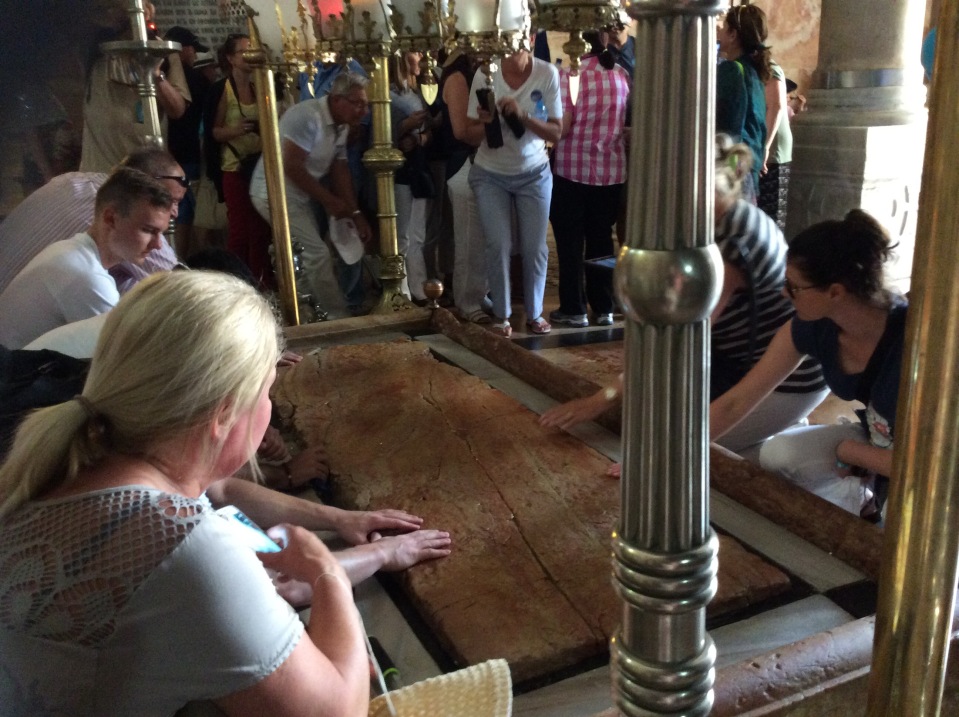 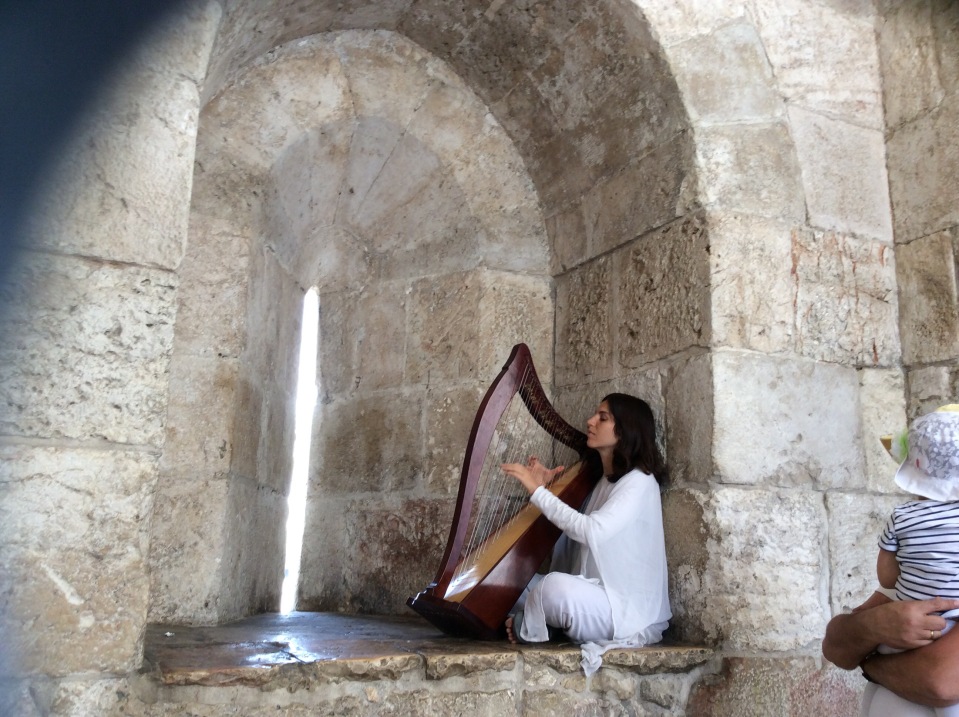 cameras on overpasses ……$6 for private car or $25 for a bus the entire 100 miles. It was built privately for profit. That is one way to get roads and such built.

In 1982 Jerusalem was united. The Jewish side previously was the west, Muslim was east.