This Is the first time we have had to use show our passports in any if the ports we have been to or will be going to. To get a visitors permit the Israeli border guards want to see you face to face before stamping a card to enter the country. Security is pretty steep. No walking from the ship into town.
Here are some of the notes I took:
One can drive from one end of Israel to other in 6.5 hrs

Oil refinery not nuclear even if it looks like it.

When Iraq was sending scud missiles toward Israel…Haifa actually, all of them ended up in the Mediterranean except one. It landed in the middle of a shopping mall in the middle of the night when no one was around and…..it didn’t explode. It other places, surface to air missiles took down many others throughout the country. It’s hard to imagine being shot at from across the river and further.

30% dessert in Israel is irrigated. They have the most advanced irrigation systems in world. Desalination plants.  Water is very expensive.

They are self sufficient in natural gas.

Tel Megiddo, an archaeological site from 7000 yrs to 3000 yrs ago in the fields of Armageddon…a place where 30 cities had been built one on top of each other.

Lots of Eucalyptus trees were planted to suck up swamps. They were brought from Australia. They did not work because their roots go laterally. But….Quinine is made from eucalyptus trees and used in the battle with malaria which was a problem because of the swamps and Mosquitos.

All signage and documents are in Hebrew, Arabic ( both are official language) …..and English

Saul was the first king…he lost battle to Philistines then David rescued the Jews. Sorry missed the rest of the info.

Fish pools..lots of springs. Very hot…105 f. In shade in July and August

Everything grows here and multiple crops per year. It doesn’t look like it where there is no irrigation. It is just barren.

Mt. Gilboah no trees on the other side of Jordan River

In ’67 Jordan lost the West Bank, the only fertile section in Jordan….where the Palestinians claiming as their own now.

After 90/97peace agreement, Jordan started to cultivate and learned from Israel.. Narrow strip on other side of river Jordan now feeds all of Jordan.

Qumran….. Dead sea scrolls found in hillside caves…pictures. The story goes that a shepherd boy was missing one of his flock and went looking for it. In one of the caves in the barren and I mean totally barren hills, he found the scrolls.

Half billion gallons of water from Sea of Galilee for yrs and yrs have been taken out, … the lack of rain runoff and snow means less water in Jordan river which in turn means less to the Dead Sea.  They have a problem.

Jericho is under Palestinian control ….oasis in dessert..mountain of temptation antennae

Tamarisk of the desert survive in salt and no water

We drove by the En Gedi research facility nature reserve where the endangered Ibex roam freely. There was quite a large herd there. They are quite small antelope with curly horns.

In 25 yrs the Dead Sea has receded from road we were driving on to an incredibly low level. The level drops 1 metre per year. Because the water is receding so much, there are a huge number of sink holes developing every year along its shores. They are hoping that where they have built the hotels for the tourists and where we went in swimming (yes you really do float. You can sit in it like you are in a recliner) that another sink hole doesn’t show up and swallow up the hotels.

It is 429 metres below sea level

The story of Masada is really something. There were 970 jews in Masada. 10,000 romans hammered away at them for several months but it was after the Romans filled in the gully on the back side with the use of their own men and their 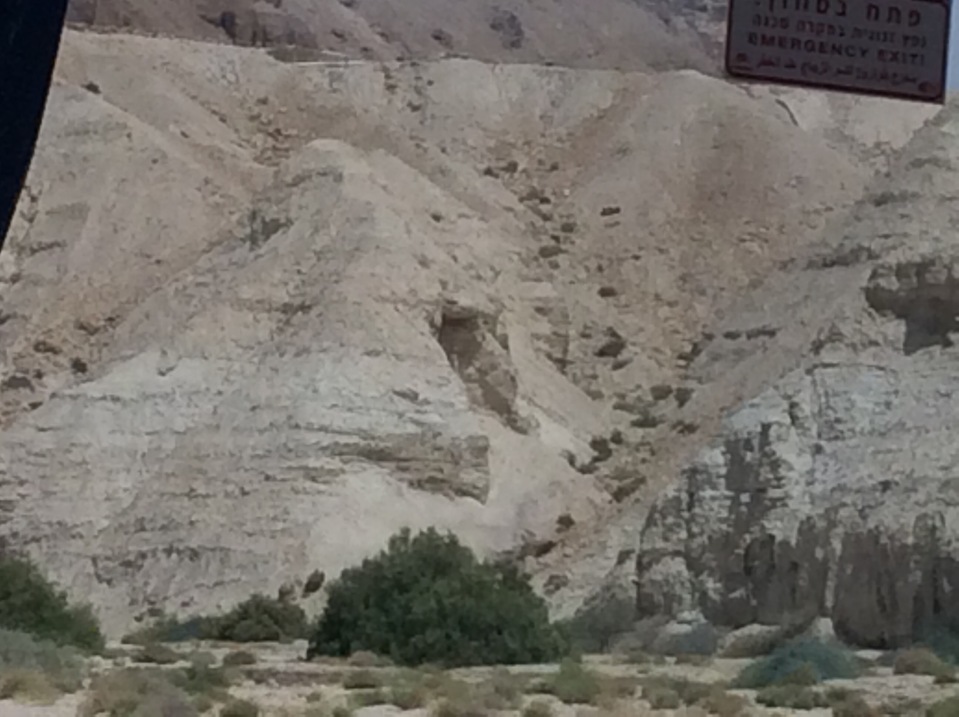 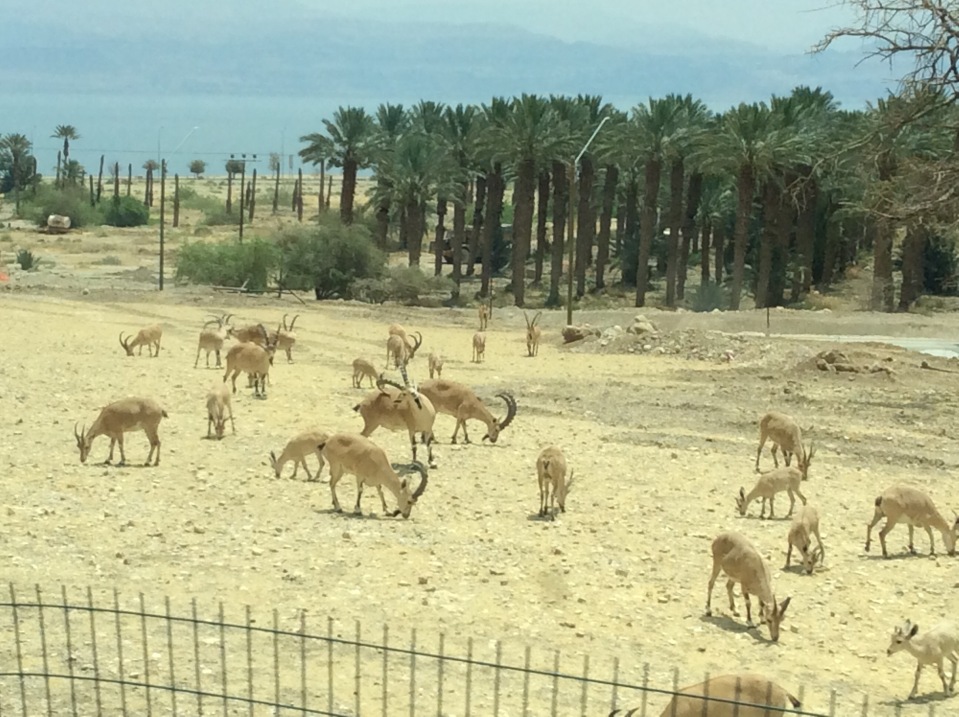 Jewish captives totalling 15,000, that they could get a battering ram up higher and breached the walls. When the Romans entered Masada they found plenty of food and water (the Jews had devised a method of getting plenty of water so they weren’t dying of hunger and thirst) and that all had committed suicide to avoid being held prisoners and slaves to the Romans.

Tristan name of black bird with yellow on wing