It’s going to be a long 9 hour drive with a couple of stops along the way. Wow what a nice bus we have today! It even has a toilet on board!

One thing I didn’t mention before is the number of speed bumps…. everywhere! India has strong competition from Peru in this case.

Another thing….. the number of dogs on the streets. But….. they are well fed. If you venture out at night (at least in Cuzco), there are huge piles of garbage on the street corners and the dogs are all over it. I’m assuming that the city picks it all up sometime during the night cuz you don’t see it in the morning.

It costs 19-31% (wow), to borrow money from the bank to build a house. Consequently they finish their homes as they have the money they have managed to save.

70-80% people stay with family after marriage to save money.

Chuta bread… traditional from 1400’s and only in Cuzco state.

At another small town we were shown another school that Gate 1, thru our ticket purchases, supports.

Then we stopped at 4338 metres or 14,280’ above sea level. We had reached the highest point for us. We are looking directly at a 9,870 metre glacier. I had a picture taken of me with an indigenous woman and 2 month old baby alpaca nuzzling my neck. So cute, cute, cute! We can see lots of alpacas grazing in the fields and a little while later wild llama in white, brown and black. 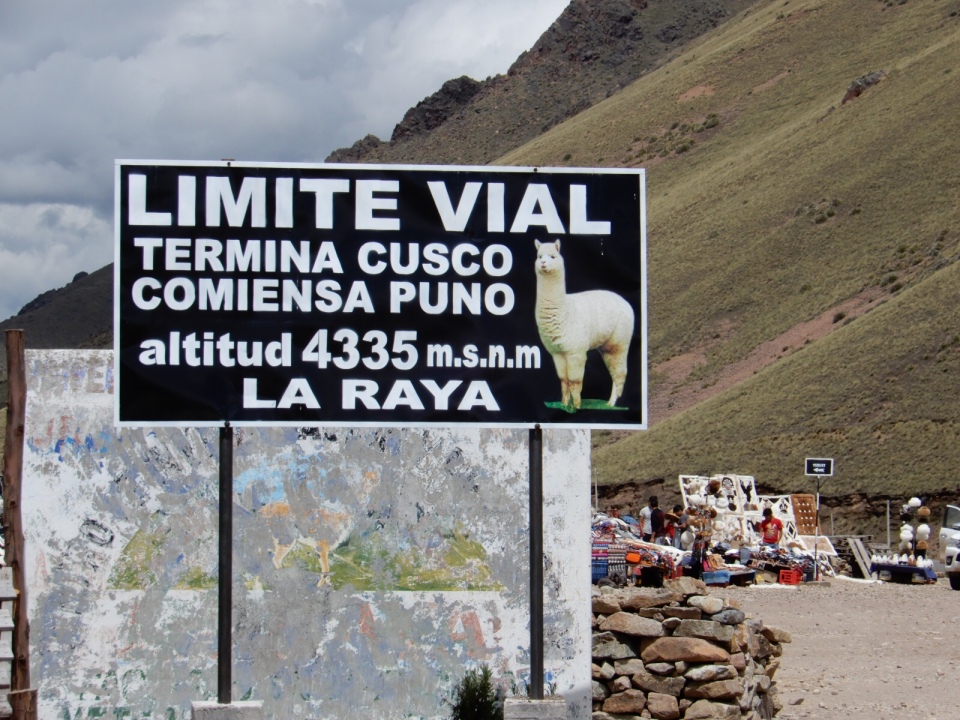 I would imagine that because of the altitude, farming as in grains or vegetables had disappeared. Now they’re into cattle and further…. the mining of gold and silver.

Juliaca … mining and black market of contraband including fake electronics, brand names clothes and sugar coming from Bolivia . There are 1000 tuk tuks for population of 400,000. This is Sunday so big market including used clothing. Rogger says that traffic lights and rules are only a suggestion here. Not a pretty city at all.

4 thoughts on “Traveling between Cuzco and Puno……Sunday, March 24/19.n”