After leaving from San José on the 19th, we arrived in Buenos Aires through Lima, Peru, at 6:30 am on the 20th. We had to wait a couple of hours for our fourth, Marilyn, to arrive. Her flight was delayed.

Apparently the city has been around for about 500 years-since 1580. It is a humongous city with the most beautiful magnificent buildings all on tree lined streets. Some of the streets are very narrow but the Avenida de Julio I would say is close to 12 lanes wide. The subway is below the street plus there a couple of bus lanes in the middle plus parks on both sides and 3+3 in either side. I just know it took 3 lights to cross the Avenida …… walking at a good clip. The building so reminded me of Europe. No wonder they refer to the city as the “Paris of South America”.

The Rio de la Plata is widest river mouth in world…. so we were told.

Met Annamaria and Armando from

Chile and North Carolina on Princess cruise. …. at Tango Porteño. He told us definitely “do not drink the water or eat fruits or veggies that haven’t been cook or peeled.

We bought a 2 day hop on hop off bus for which we got to see a lot. A couple we met on a restaurant (they were from Toronto…. on their honeymoon l), told us to go to this fabulous restaurant called La Mar (seafood) in the area called Soho and Hollywood. Well ….. on the2nd day, we took the bus … got off at the Italia Square and then we walked and walked and walked and finally took a taxi but never found it…….but found some interesting murals. What a huge, huge city. We took a taxi back to hotel with an old guy and his little dog…. a white poodle. It obviously was his little buddy. The ride probably took in excess of half an hour but was including a tip…. about $9 CAD. Cheap! It’s definitely a cheaper country than Costa Rica.

Our hotel was a place called La Fresque. It was at the corner of 9 de Mayo and de Julio…. near the Palace of National Congress in the

In the middle of Avenida de Julio is a building used for families and children ….social services. It has an outline of Eva Peron on 2 sides. She was like the patron of the disadvantaged and social programs. Peron was elected 3 different times.

Under highway is a monument to the dark times of Argentina’s history….. “dark for dark times”.

Italians settled in this area…soccer/football is big. So many buildings are royal blue and yellow

Most famous area of plastic artists!

Russian Orthodox Church seems out of place with its blue domes.

Puerto Madero….. newest part of city built on old port… has many beautiful high rises, parks and many fine restaurants. … where “Argentinians like to be innovative”. It shows in the buildings.

Along water there are many sculptures of sport figures… built for 2018 Olympics.

We went for dinner on the 22nd… very disappointed cuz we went to an apparently very famous place. It was less than stellar, the waiter was kind of cranky. We left just as it started to rain. We bought a bottle of wine, took it to the room then holy crap it was like a bomb went off. It was a single strike lightning thunderstorm! OMG it was incredible. The streets were slick with rain. I would have like to have taken a picture but alas… all photo taking devices were dead. Linda got a great one. Maybe she will share.

Park in the middle of Avenida de Julio 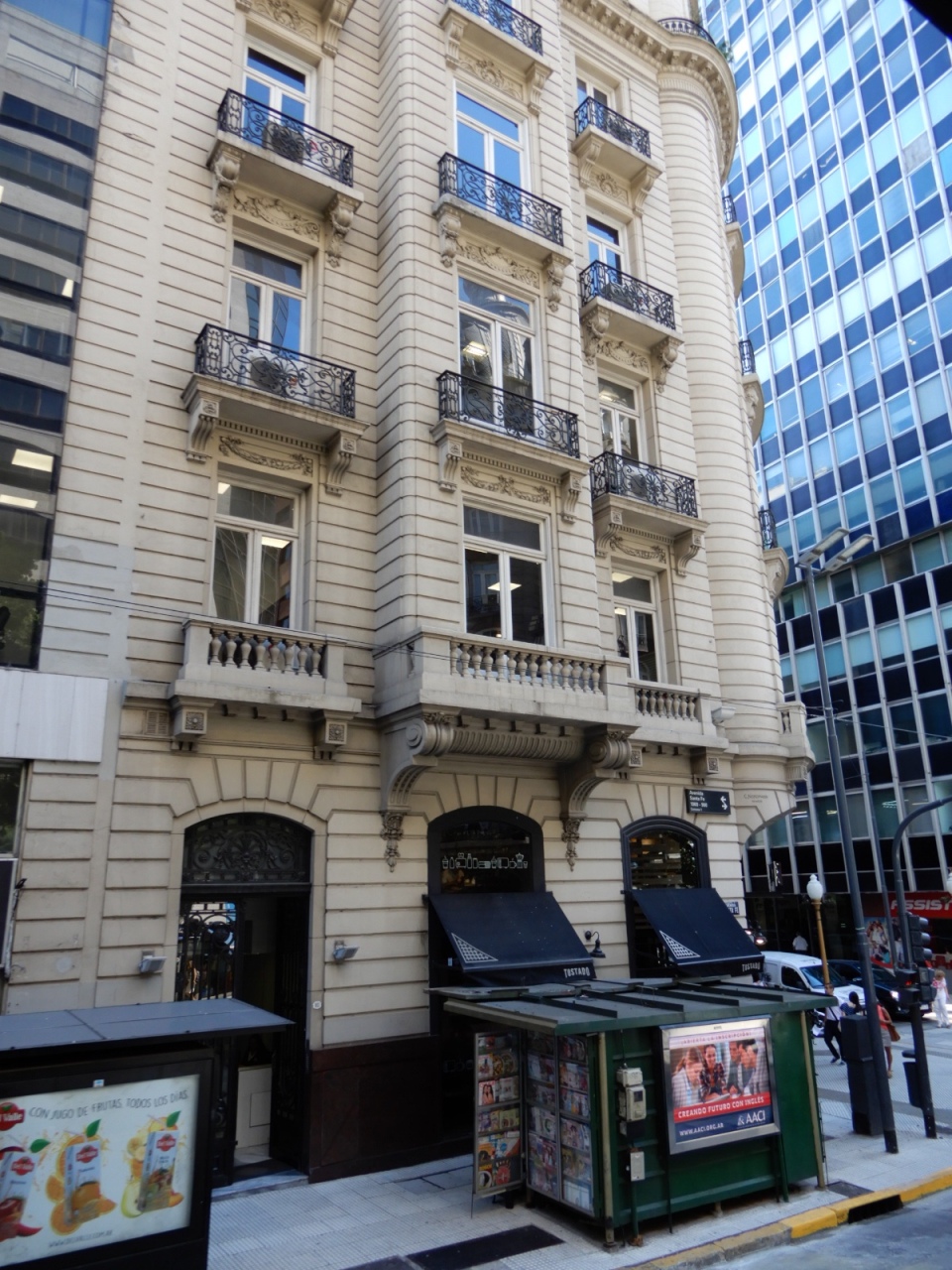 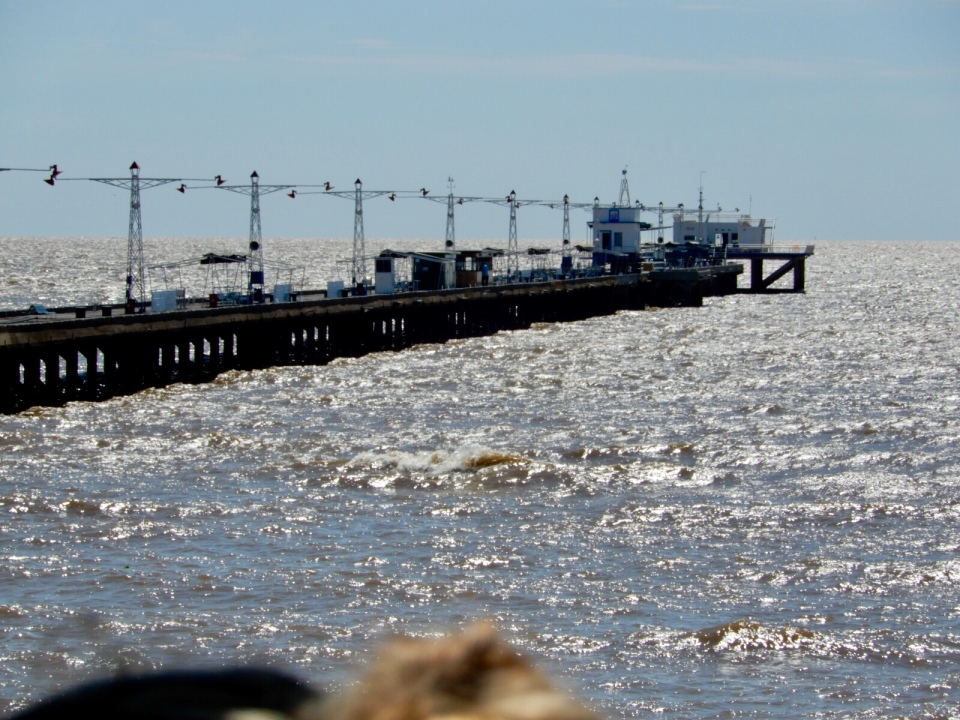 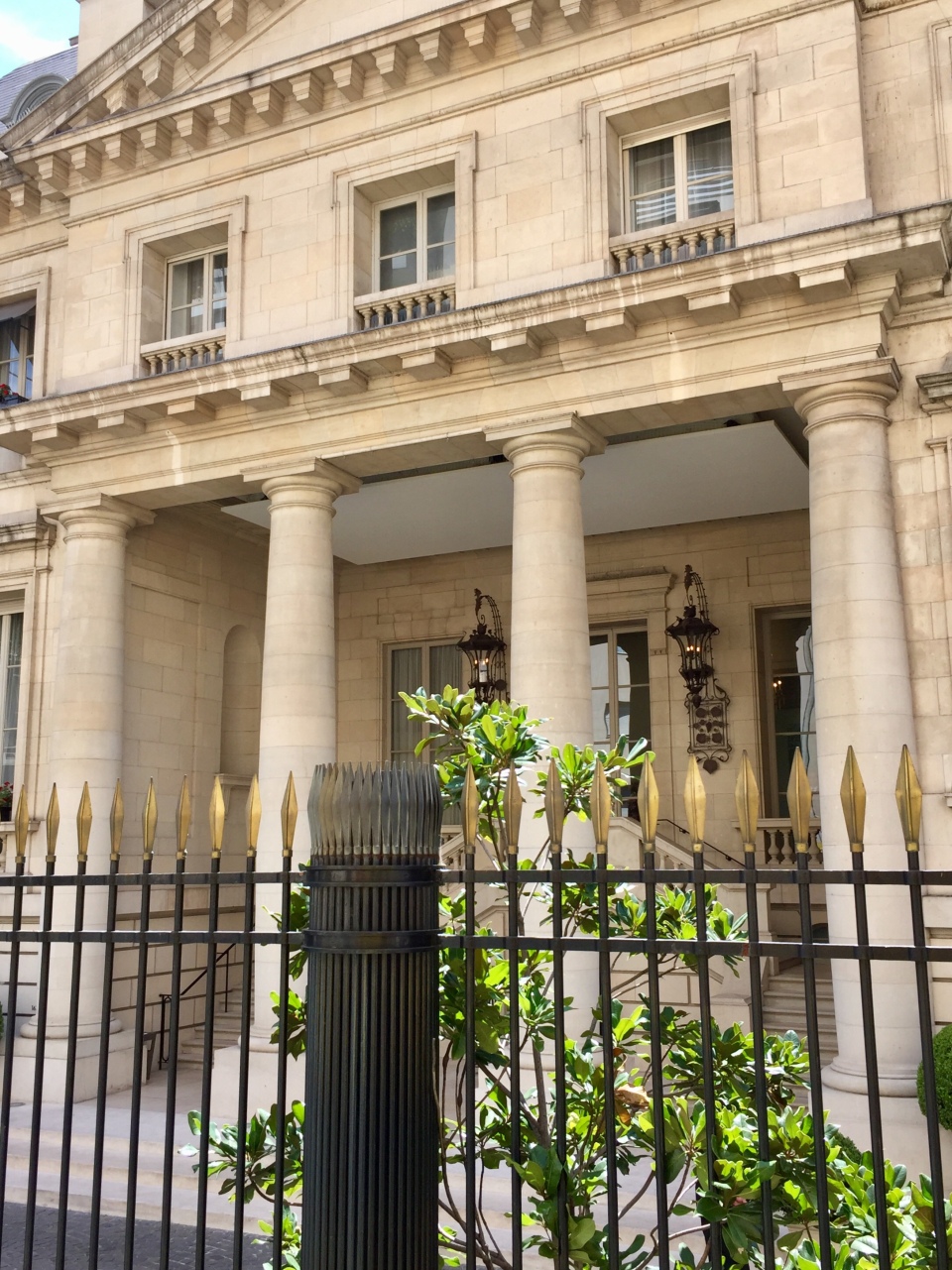 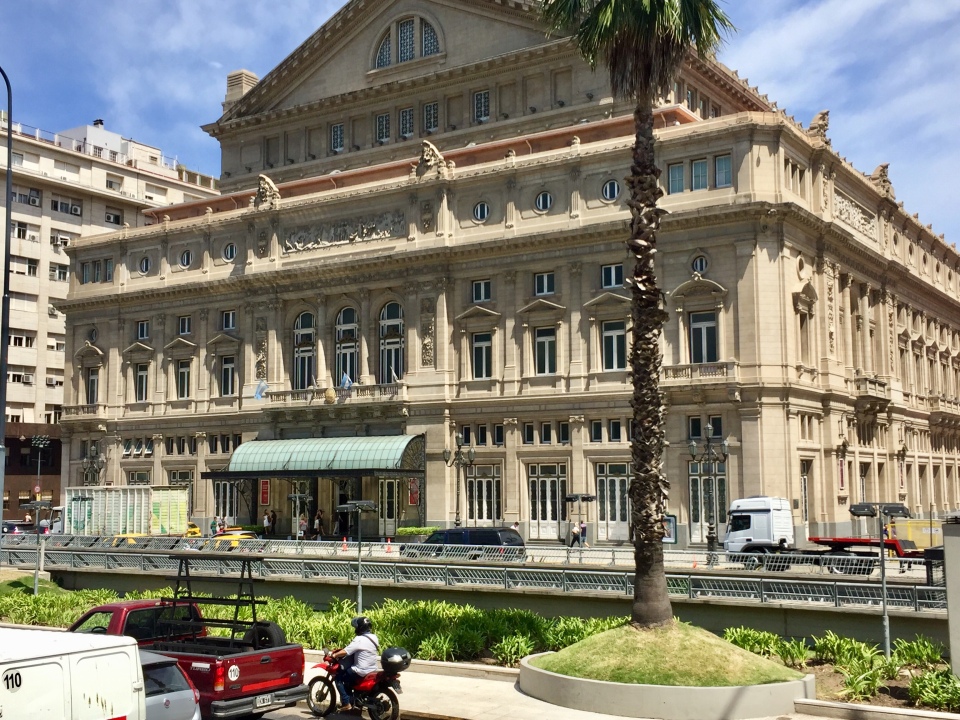