The city has been inhabited for 2 thousand years.

The walk from boat into the city 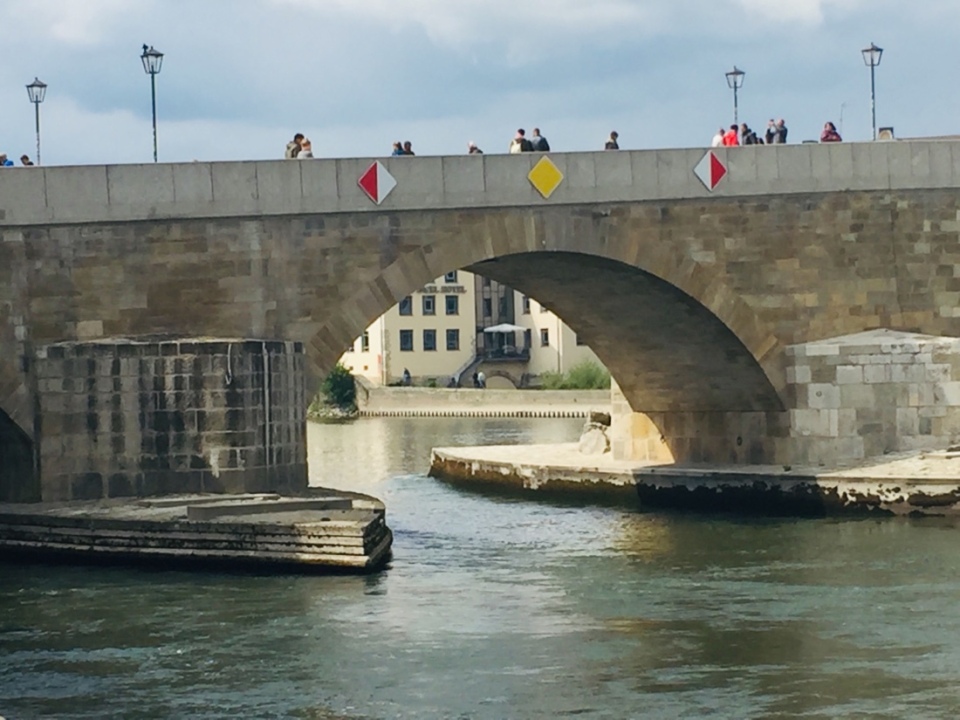 The current between these pillars would suck you under

“Castra Regina” original name of the city from Romans in 179AD hense the name….Regensburg

Wall painting on facade of David and Goliath… is on a medieval building…. 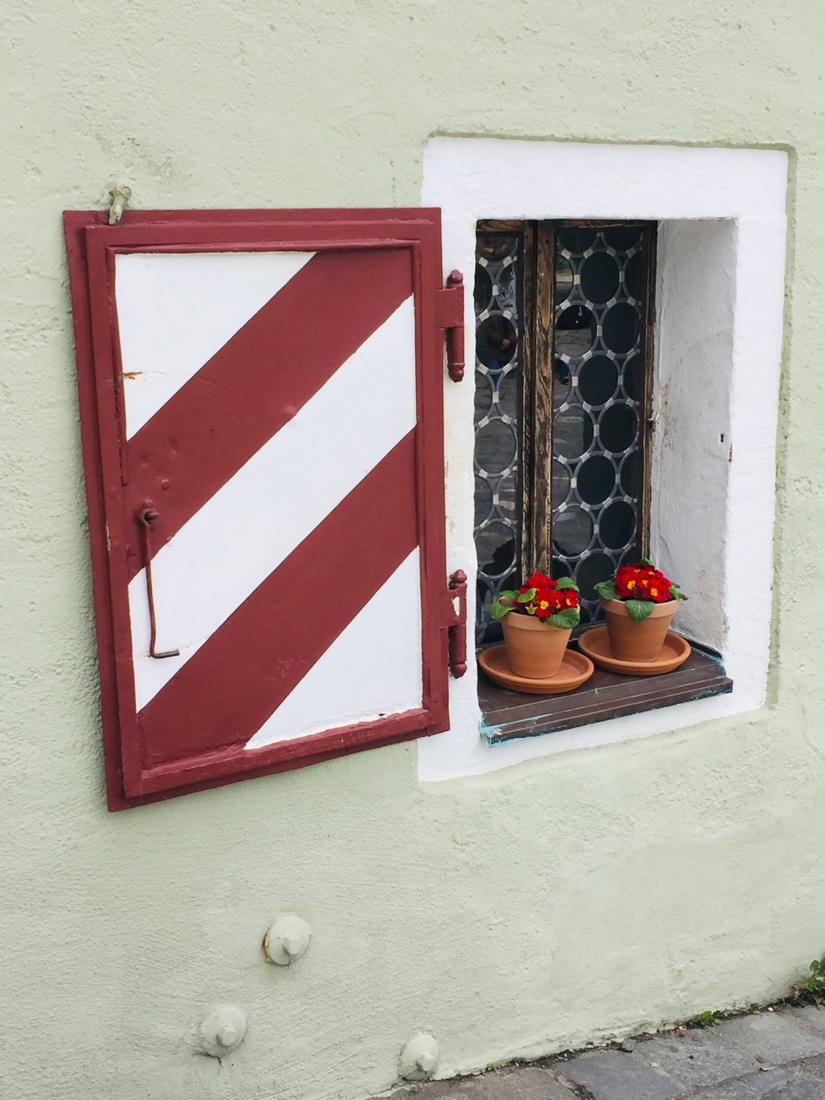 Window on the building of the best place in town to get sausage….the first “fast foot restaurant” 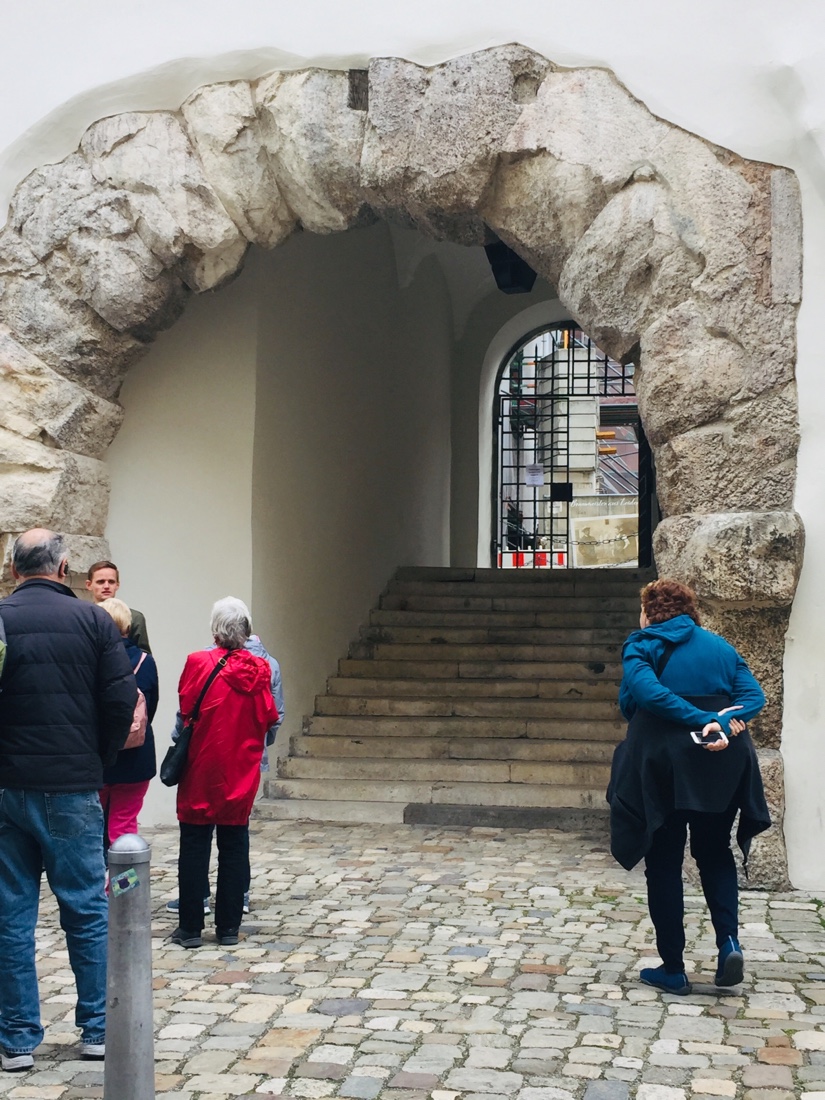 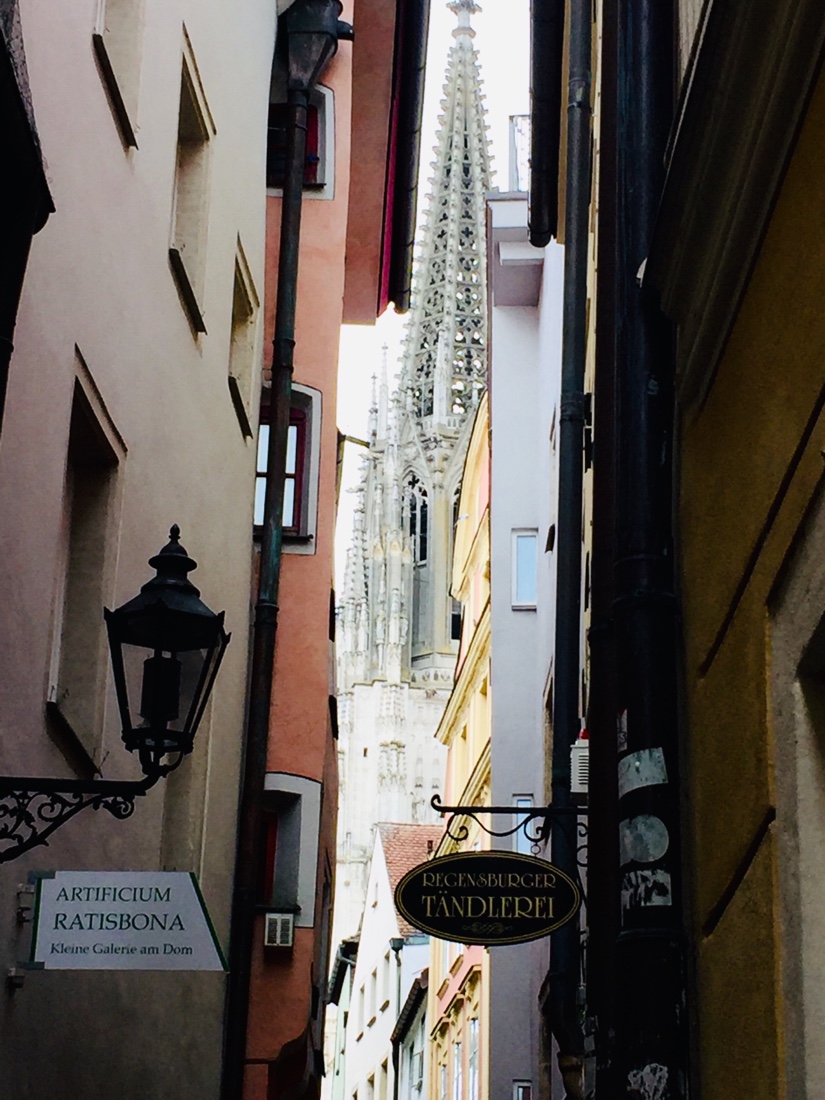 Pink building ….Tuscan residential tower. … upper floors above the next building are only used for storage.

Medieval jurisdiction (a torture chamber) in the basement of the city hall.

Common measuring system came with Napoleon. Before that, each city had their own hence you will find the distance from one town would be different than the return trip.

The cathedral is only one not owned by the church but the state. It is made with green and white sandstone

It takes a million€ per year to maintain. Pope Benedict the 2nd from here. He is the only one that has abdicated before death. The cathedral was started in 1273 but took 600 years to complete. The outside turns black from pollution. The tall spires are only 150 years. 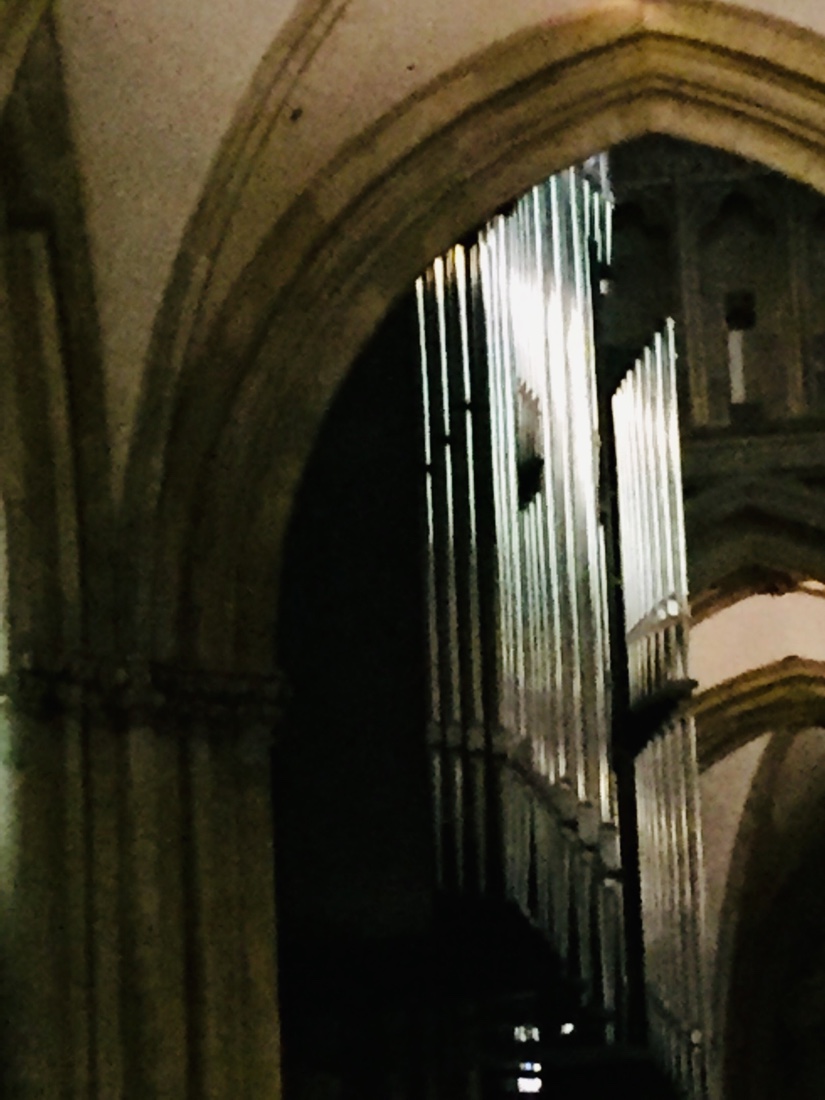 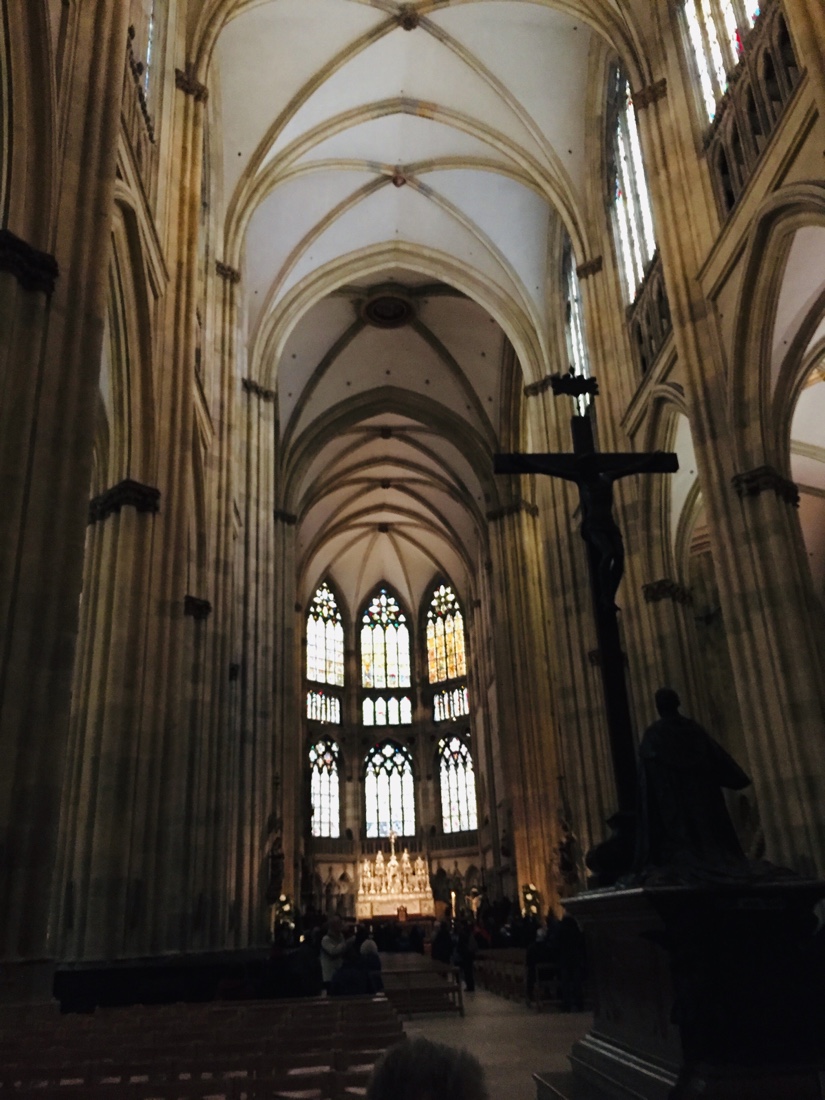 We were so happy to meet up with a lovely young girl Helena, that we met previously while on our safari tour of South Africa. She lives elsewhere in Germany but is studying at the university here in Regensburg.

The Cathedral of St. Peter at Regensburg 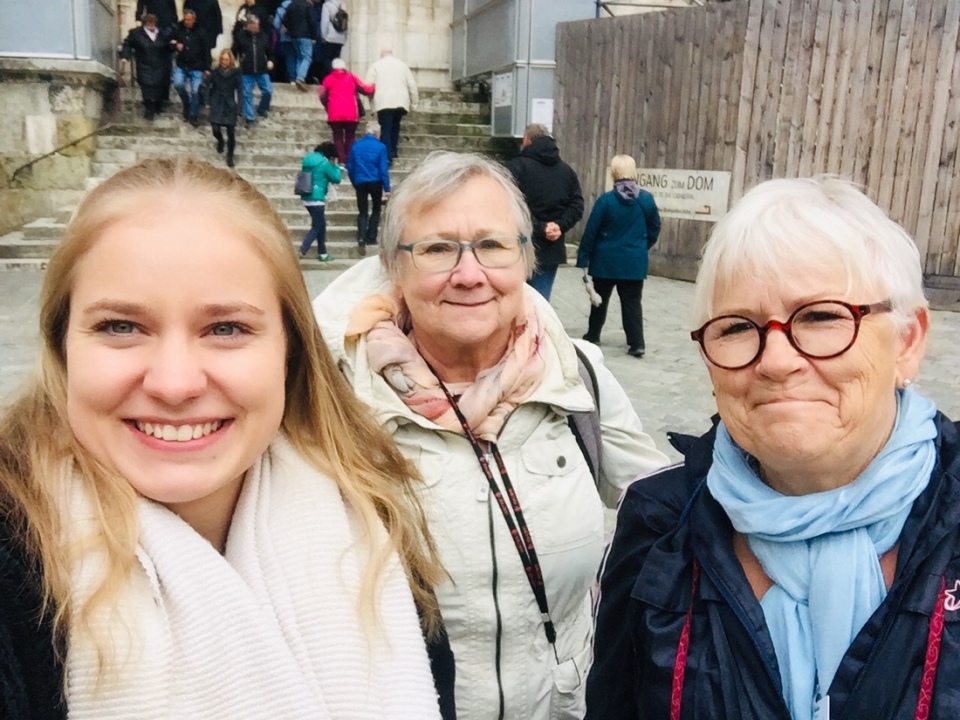 Helena, myself and Jeanette in from of the cathedral in Regensburg