April 28/19..Woke up in Germany passing by a lot of industry. Later on passed by Dusseldorf……looked lovely with lots of the old style buildings. 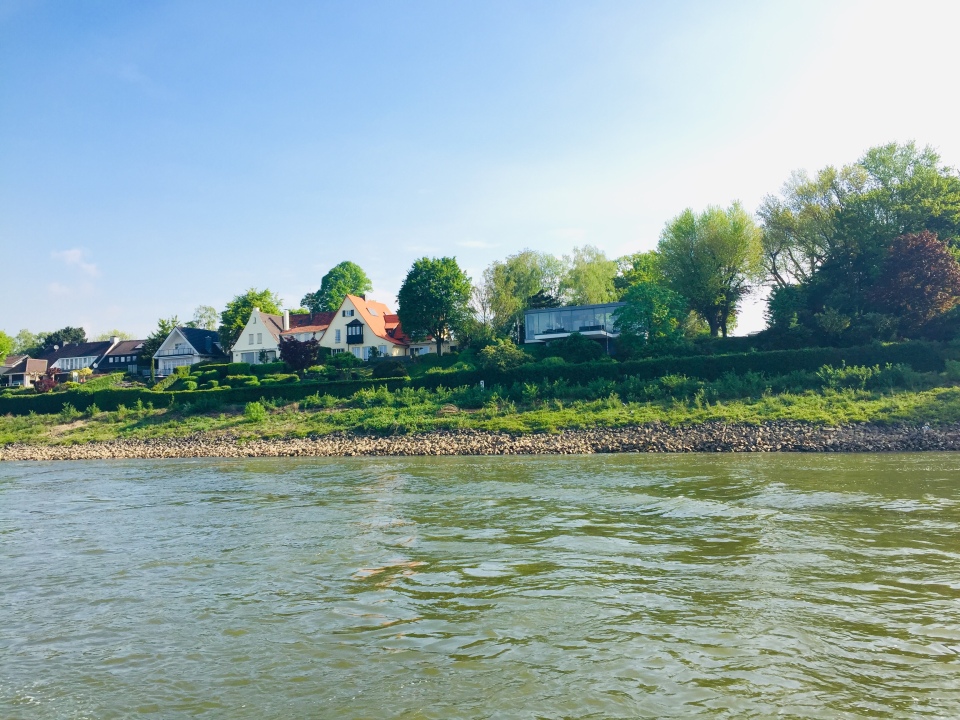 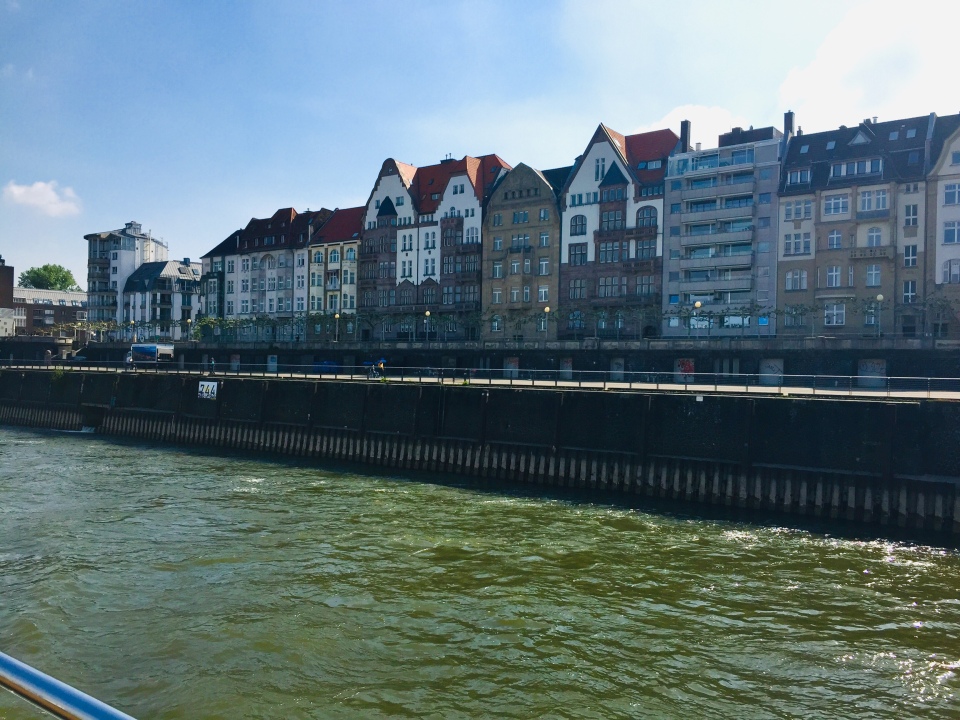 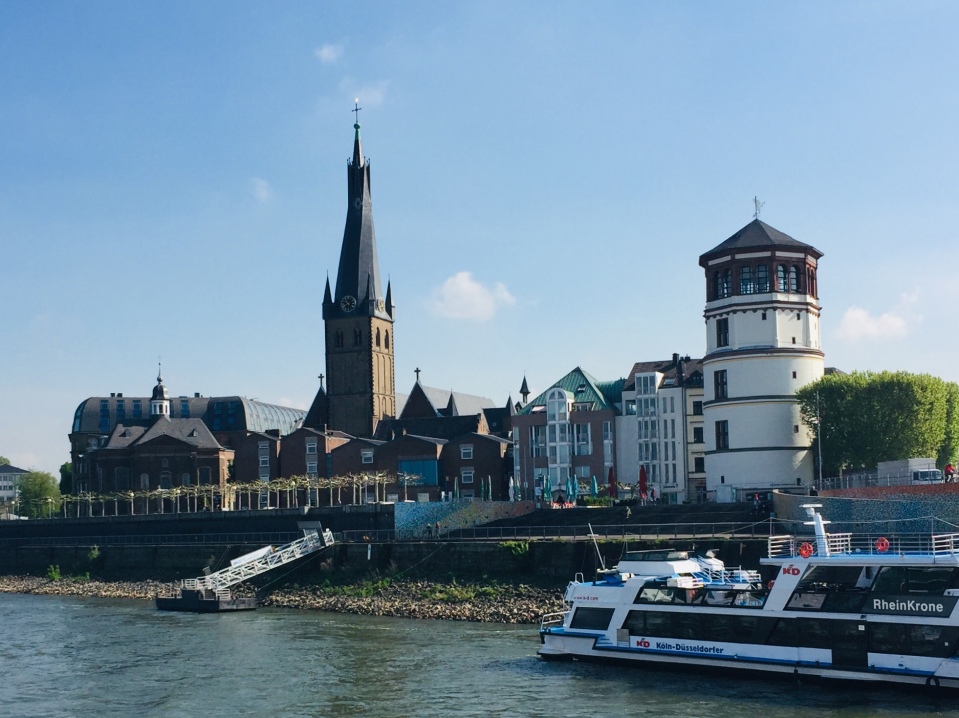 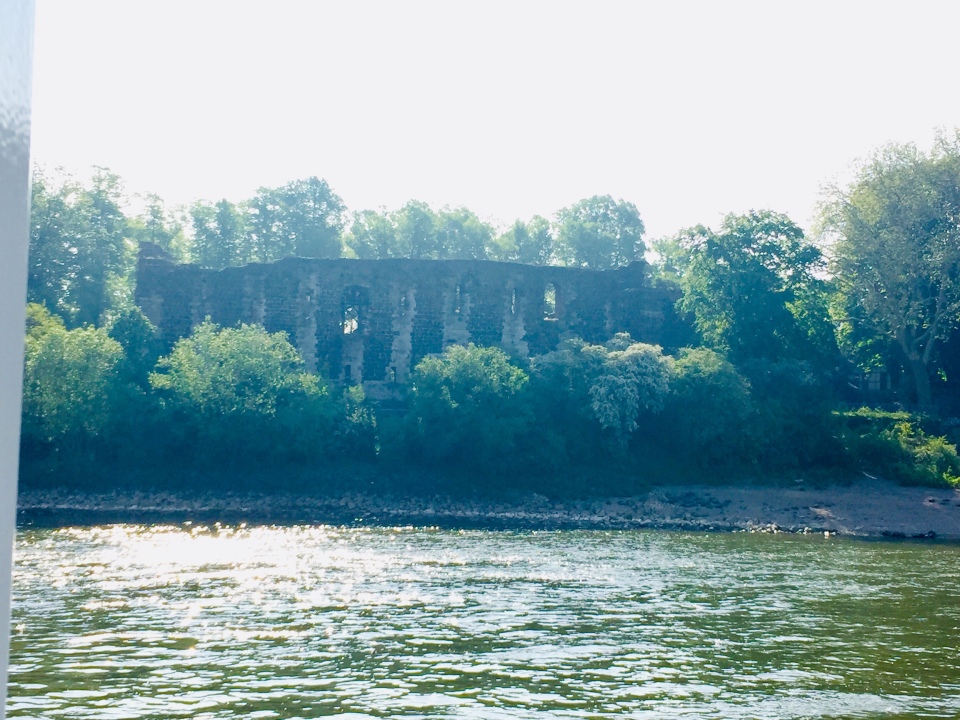 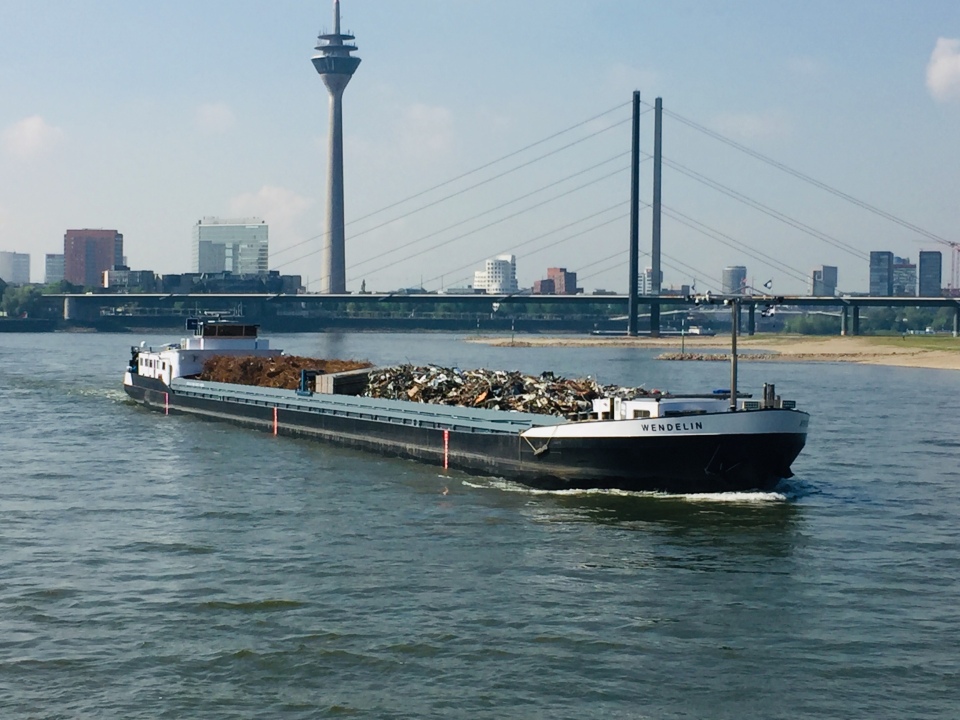 Cologne…. could not get off but in Zons because the lock was not working. Had to take a 40 minute bus ride. 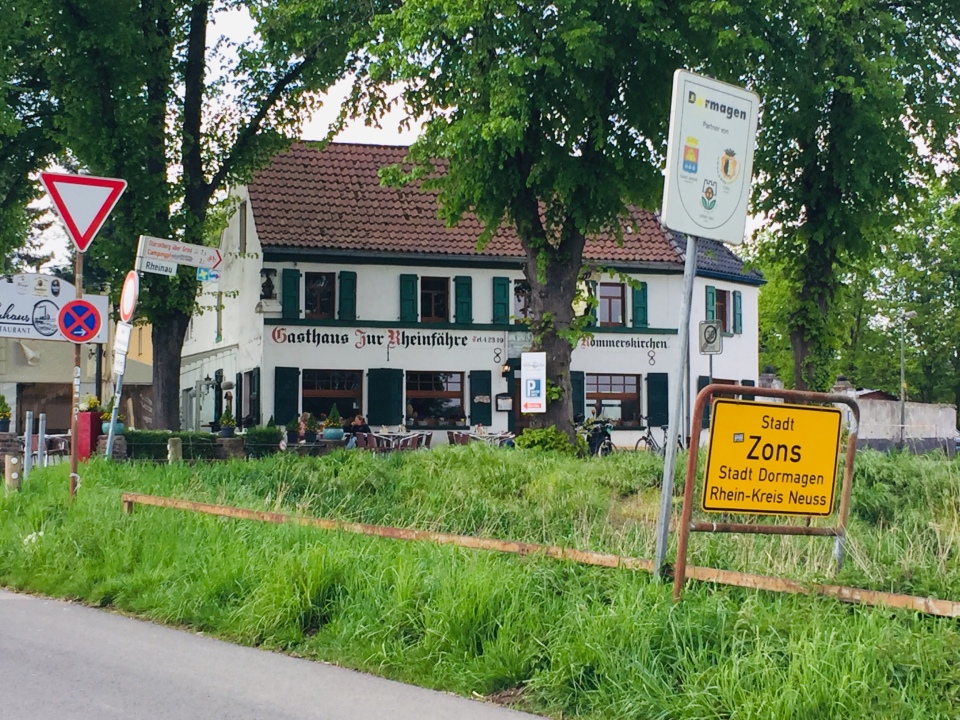 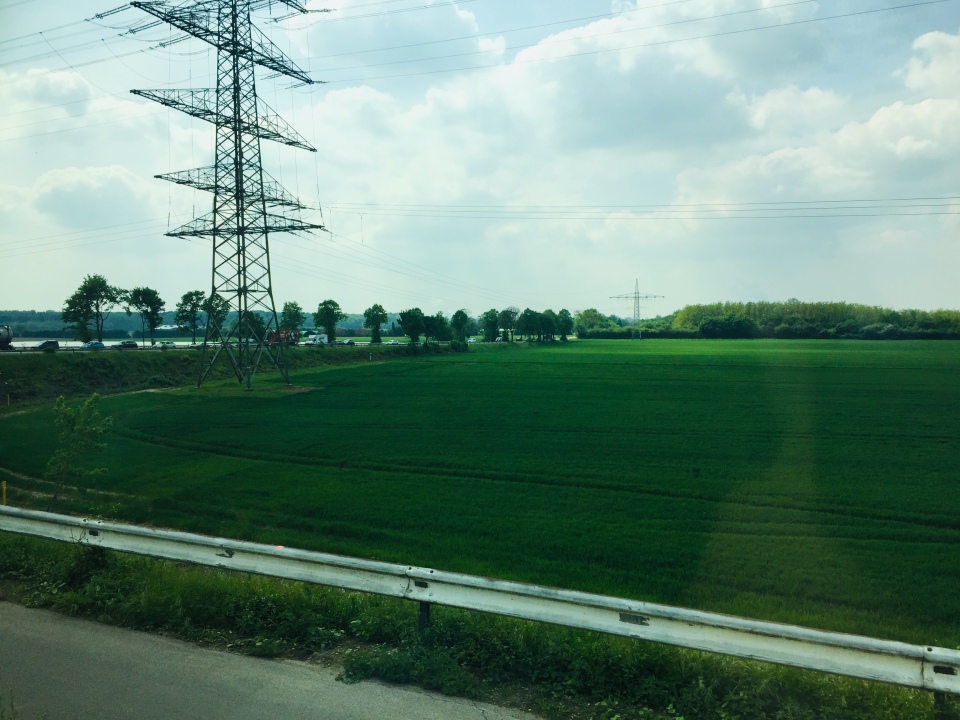 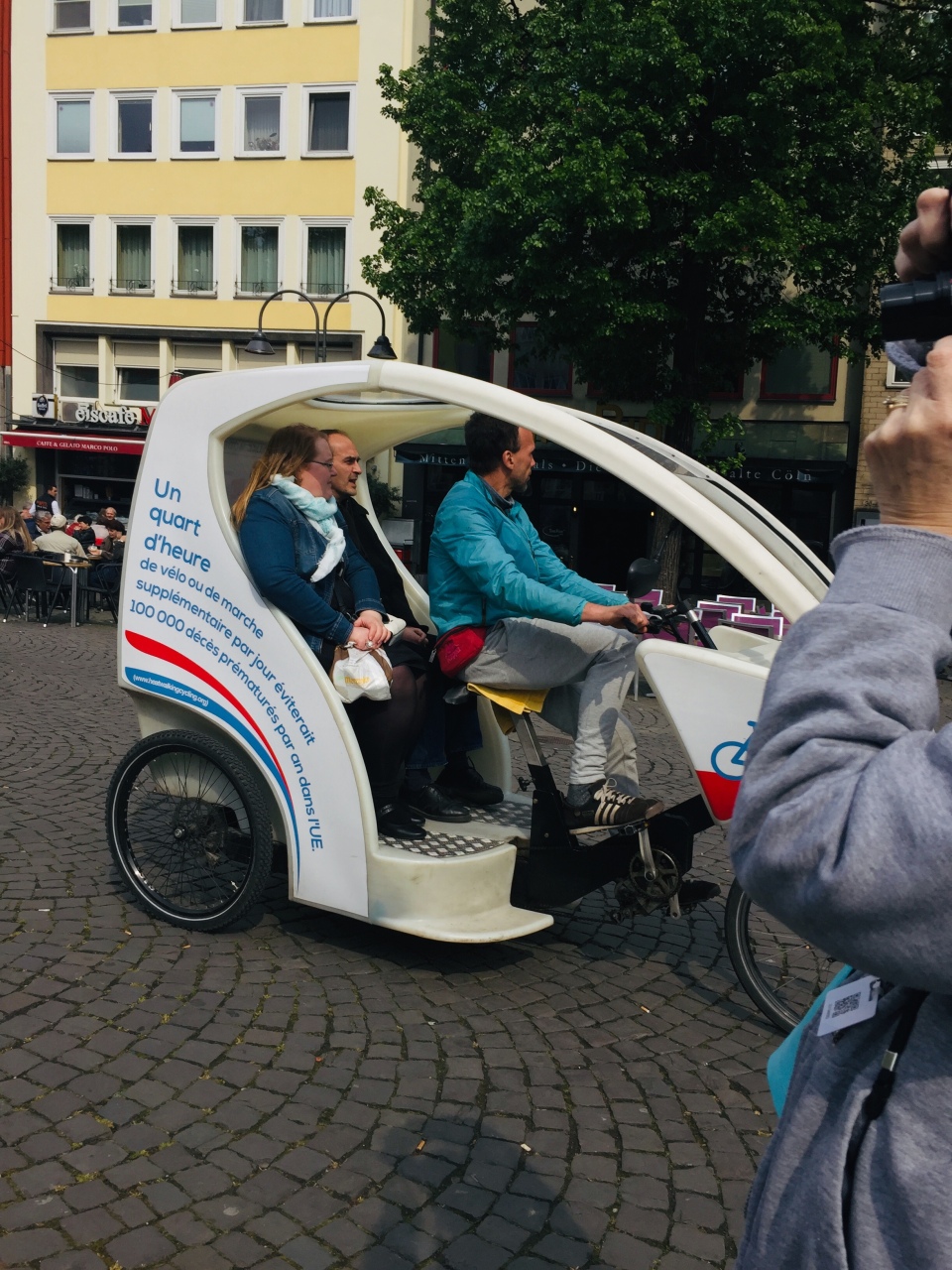 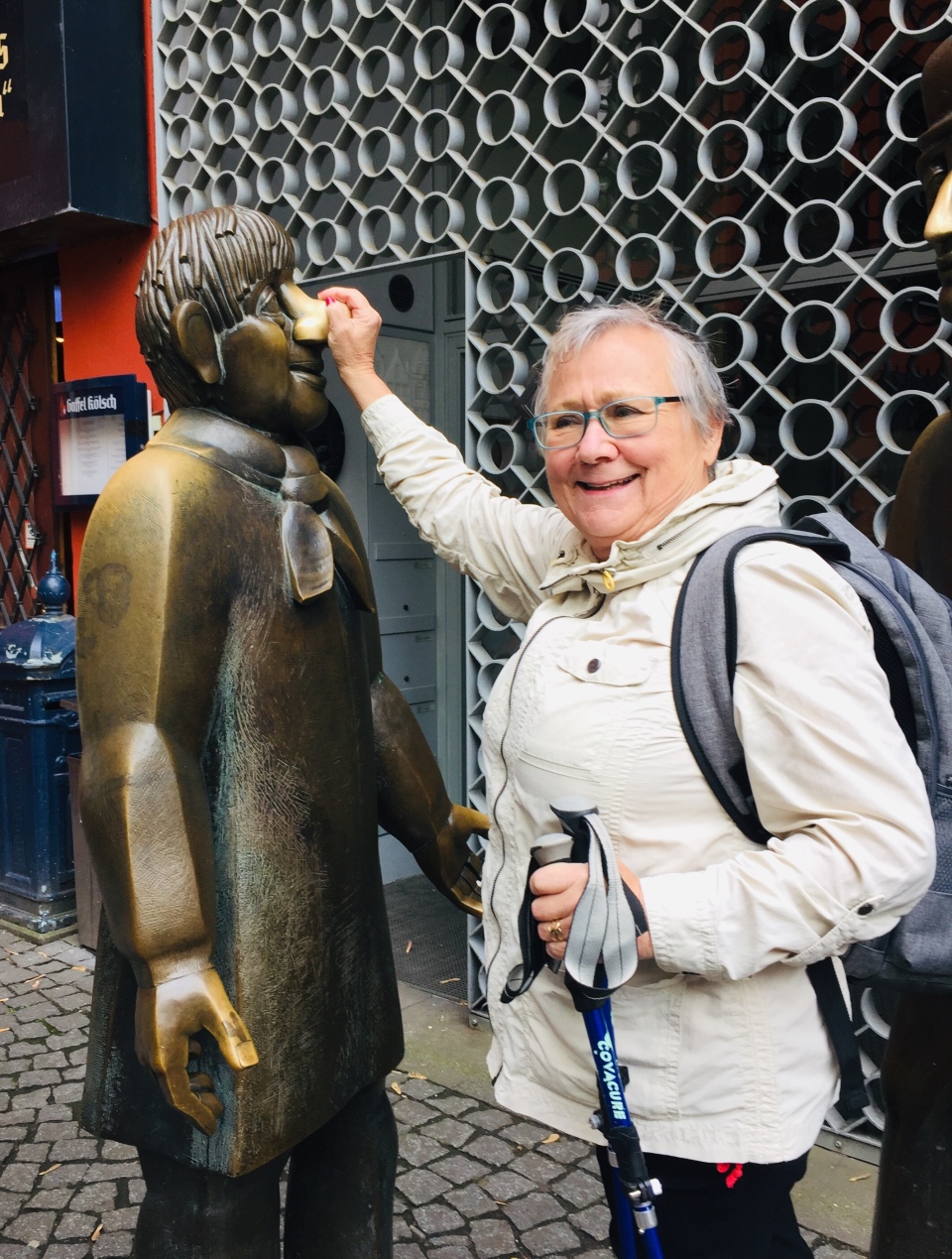 If looking for luck in love, you rub this statue’s nose 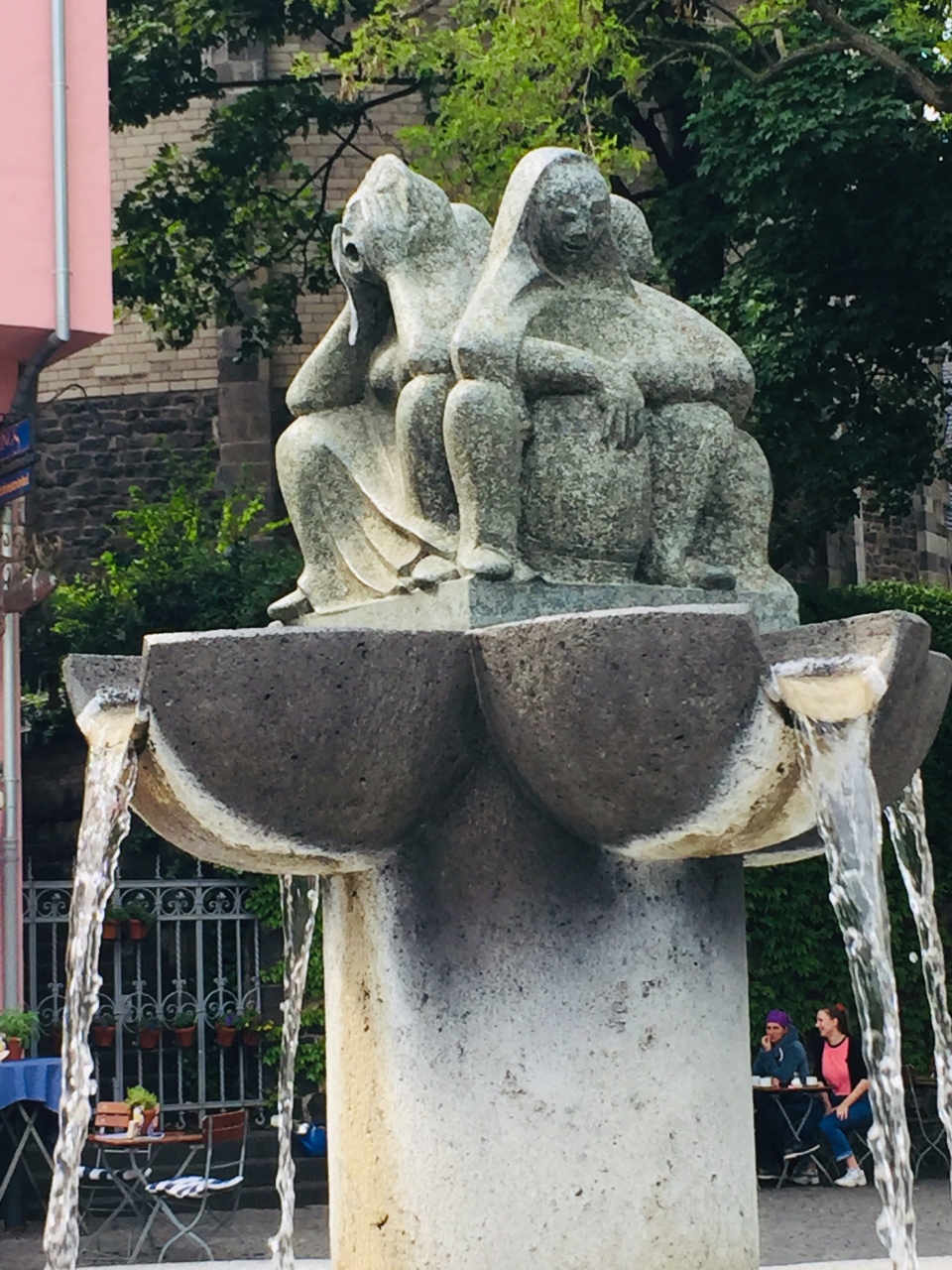 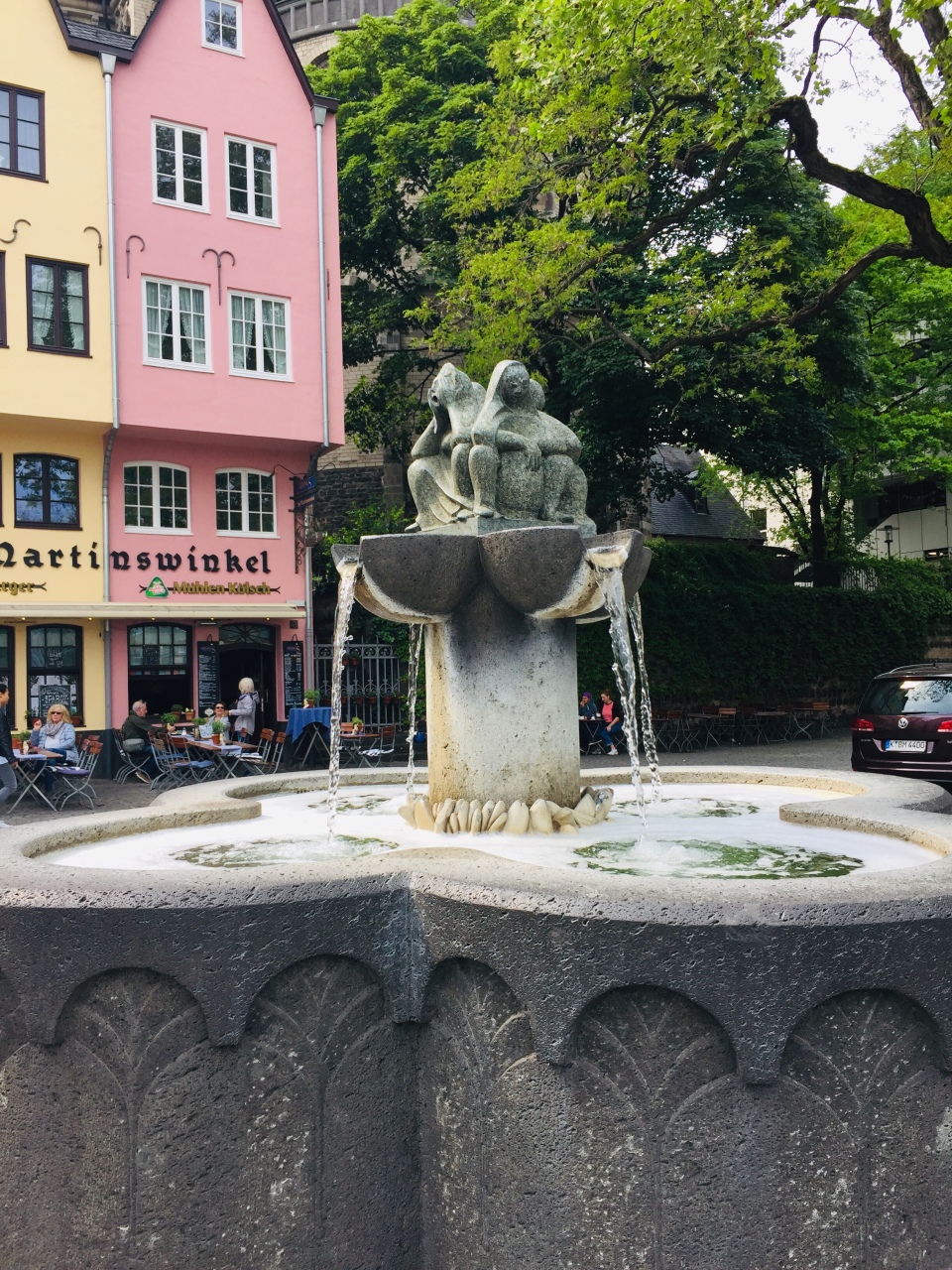 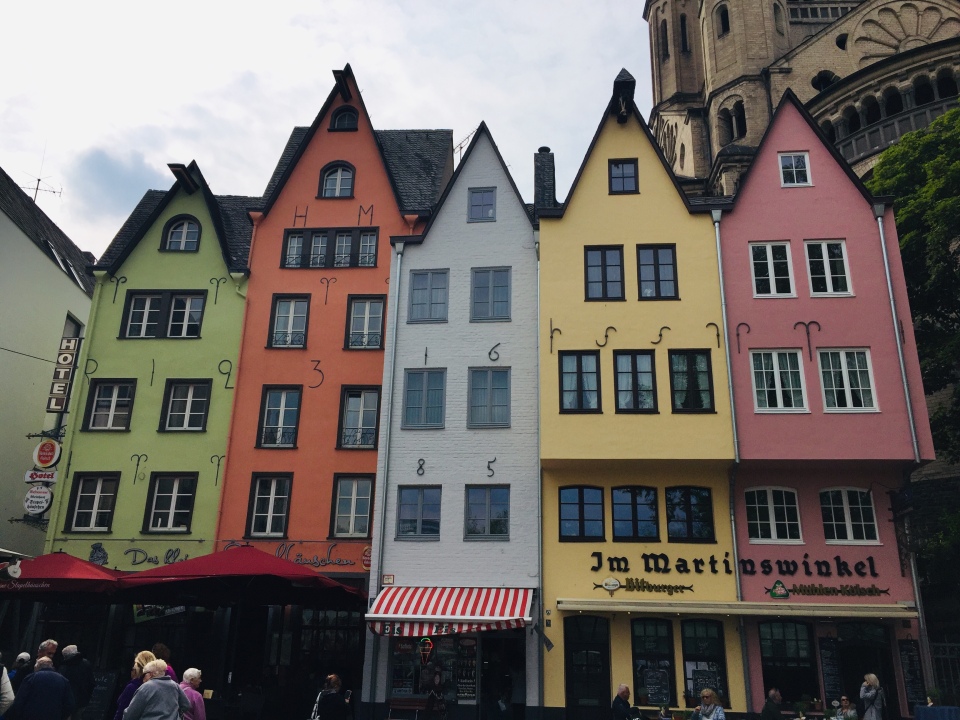 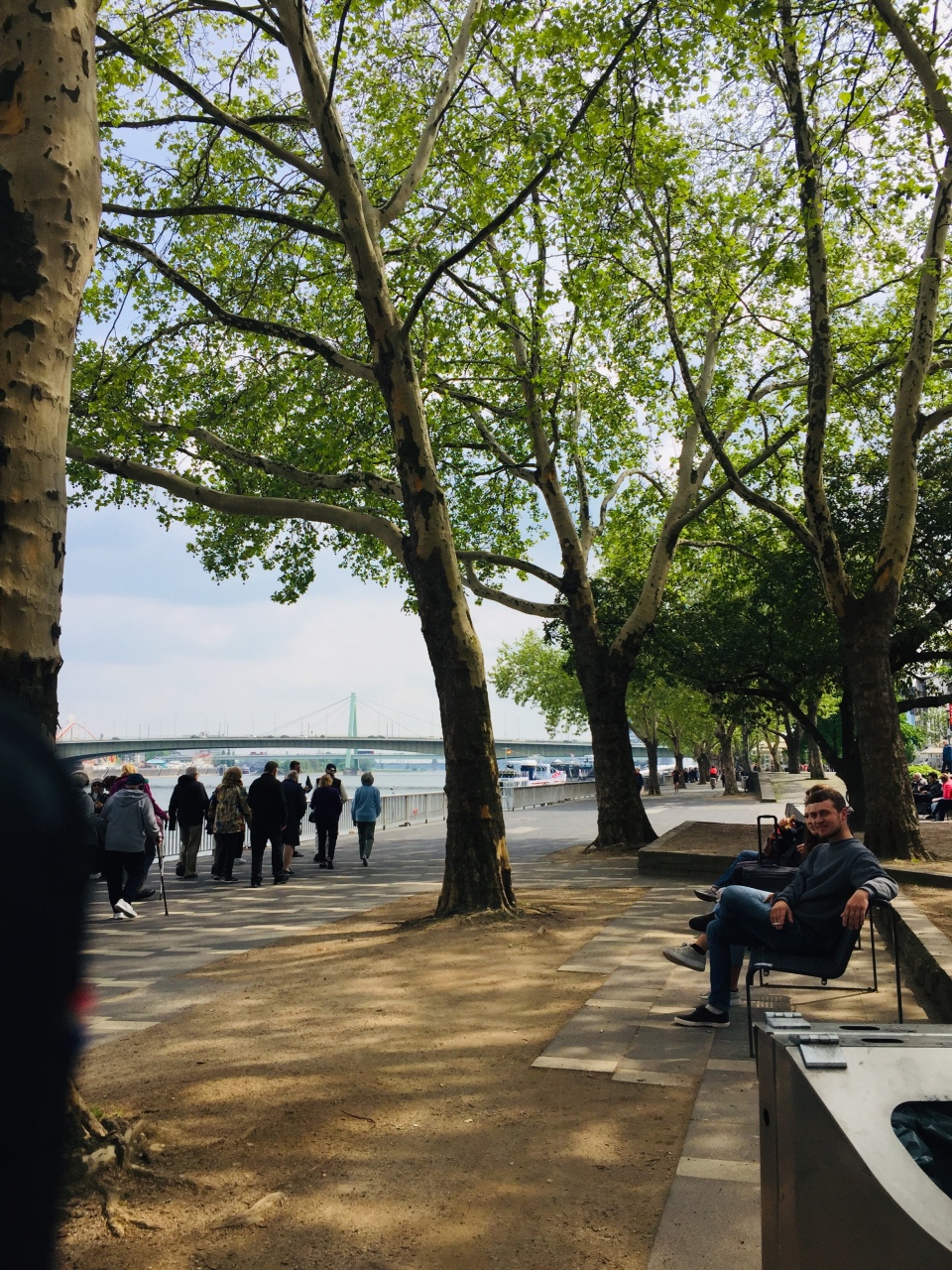 3 million population with a 0% population growth. Lots of gardens for family use.

Canola is grown for vehicle fuel.

Biggest ethnic group is Turkish, then Italian and Spanish. They settled here after being brought in to work for a number of years but they all decided to stay.

It was founded 2000 years ago…. by the Romans. It was part of Roman Empire. The city was named after Colonia Aggripa. … a Roman girl.

“Bikes are over taking cities.” (Not just Victoria). Example ……one lane for cars with one lane each side for bicycles.

It costs 1,000,000€ just to maintain cathedral without actually cleaning the limestone.

During concerts at the concert hall, they put guards around courtyard …. to keep people off of what is the roof of the music hall…at a cost of 10,000€/mo….. because of the noise people, etc. created by walking or riding on it causes….. oops!!!!

There is a statue of Emperor Willheim… last Prussian emperor on horse… (by the train station and cathedral).

St. Martin church…. near by is area that was rebuilt after the war 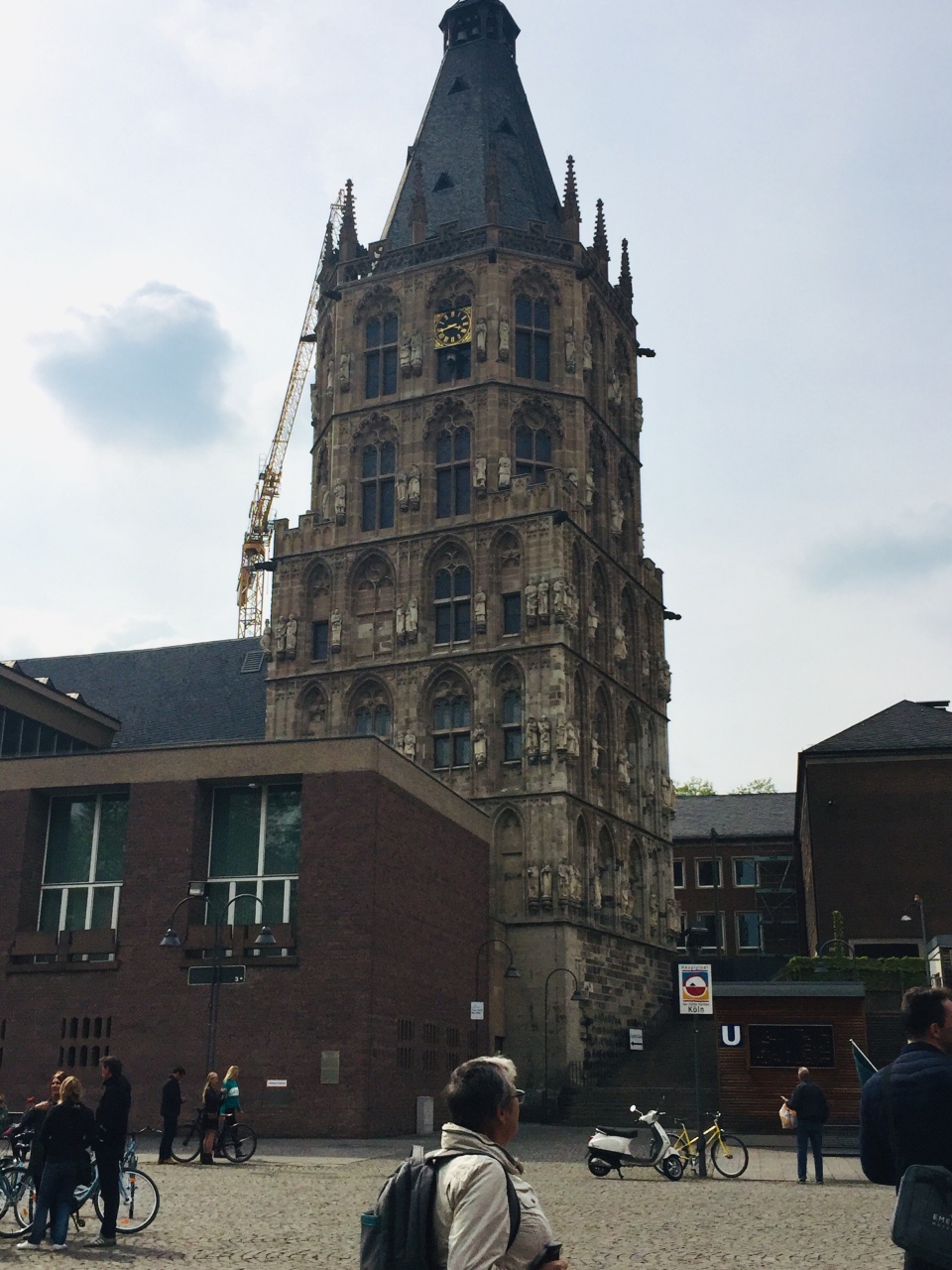 1248 Cologne Cathedral was started to be built. OMG what a spectacular cathedral! Impressed me more than probably any I have ever seen before. It is absolutely gorgeous! 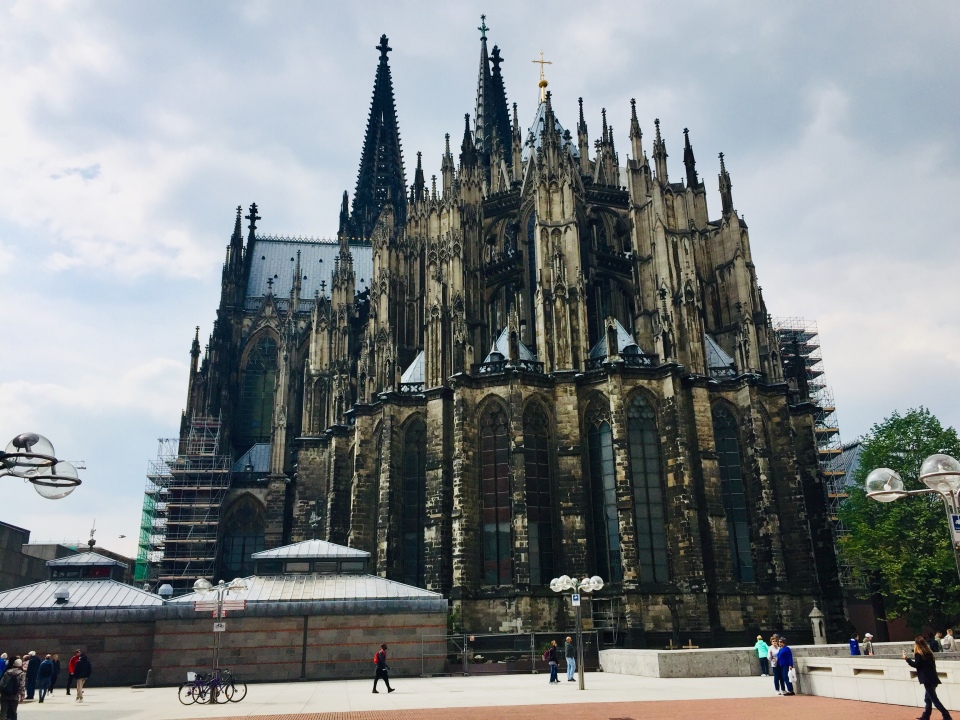 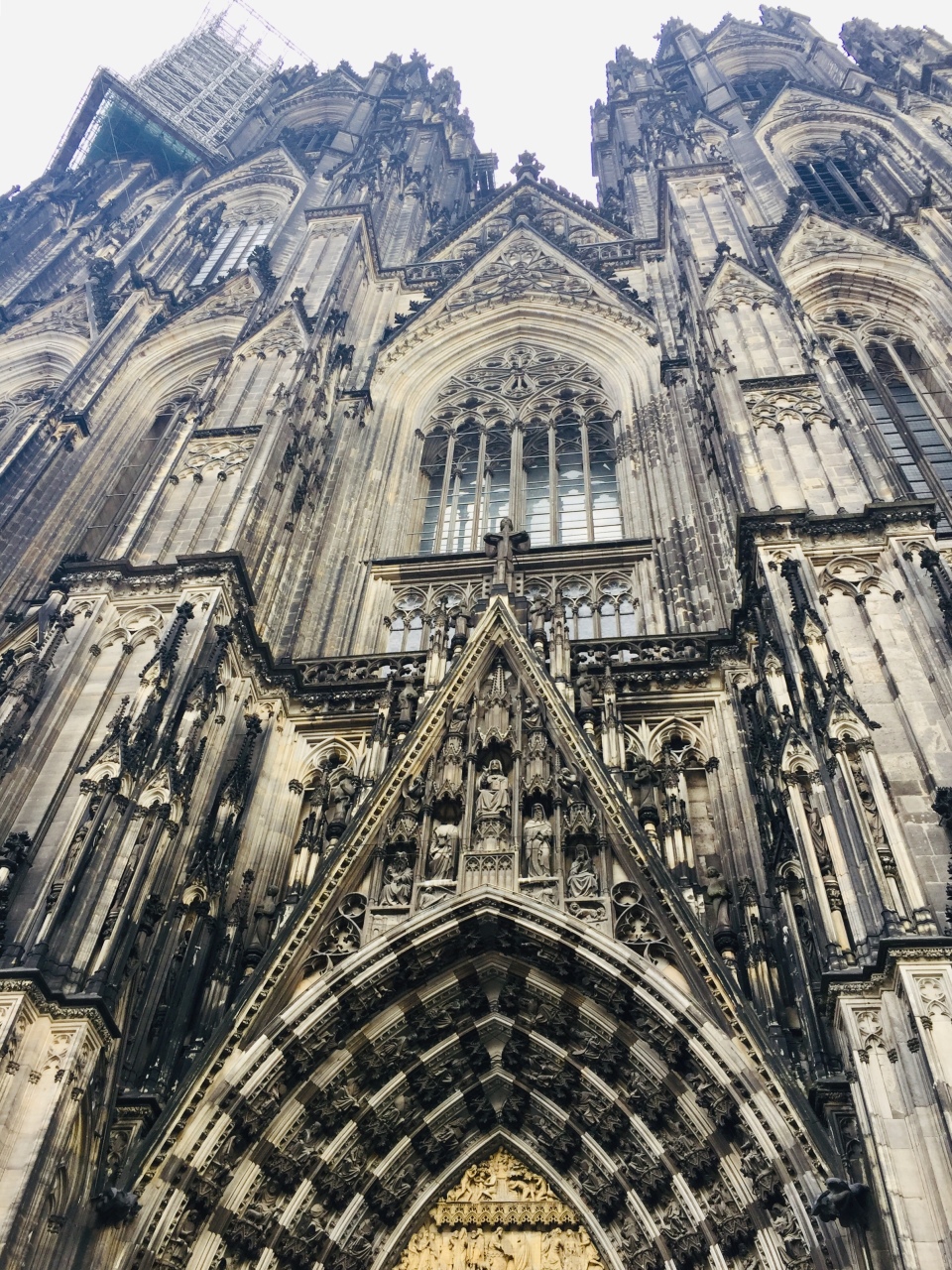 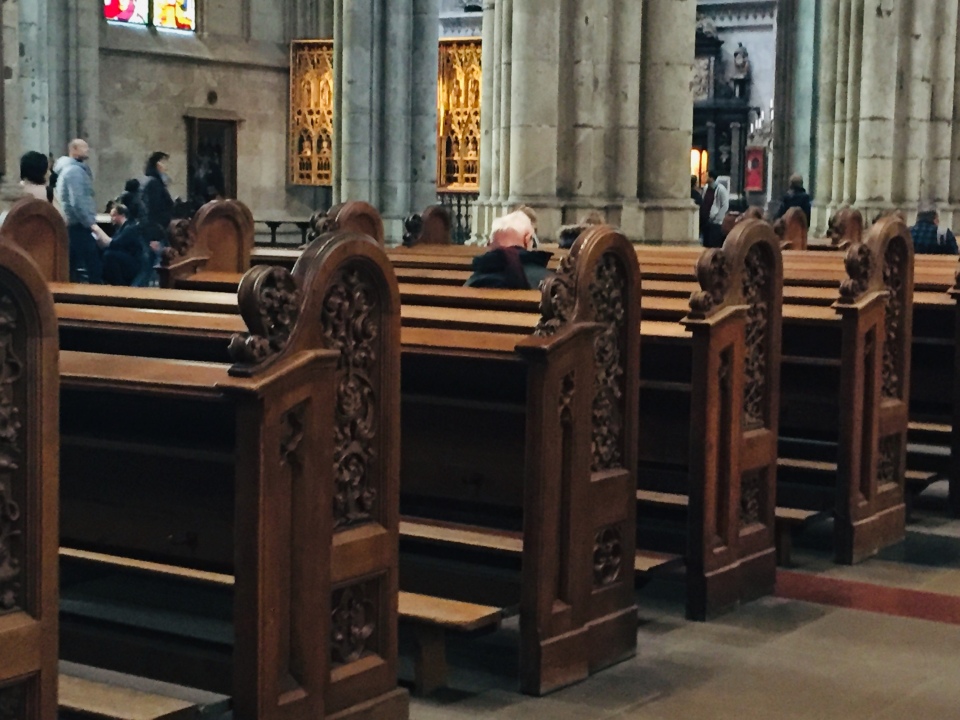